​Arto Lindsay is an American experimental musician based in Brazil. His music and works as a concept artist have been featured in art galleries and concert halls around the world. In the 1970s, he stood out in New York's No Wave, avant-garde scene, with his band DNA. The film follows Arto in Japan, Italy, Brazil and the United States, trying to understand his universe.​ 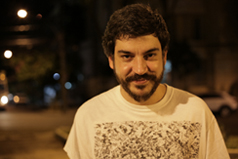 ​Brazilian director and producer. He directed the feature film Lacuna, released at the 36th São Paulo International Film Festival in 2012, and the short O Som e o resto, selected for the 61st Cannes Film Festival at the Cinéfondation exhibition. Arto Lindsay 4D debuted at The Kitchen, in New York.​ 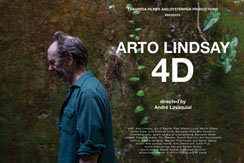