​It’s 1997. This year, Halloween night marks the last moments of Corey, Jango and their skater gang, The Gromits, as high school students. Childhood must stay behind and adulthood is calling, but some of Corey’s unfinished business still need to be resolved. When Jonah, his former childhood friend, becomes the victim of Jango’s sadism, Corey helps him and walks Jonah home. What starts as a trivial walk by empty suburban streets becomes a dark journey where long-forgotten ghosts come back to haunt them. Venice Film Festival 2016.​

​Melbourne, Australia. He started his career directing music videos in Super 8 and is also a DJ. Selected filmography: Hugo (short, 2008), Flight (short, 2011), and The Last Time I Saw Richard (short, 2014). This is his first feature film.​ 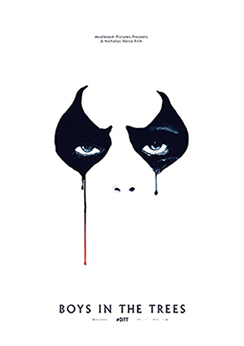