​Chão, a member of the Movimento Sem Terra, occupies a bankrupt sugarcane plant. Despite the legal stagnation and barrenness of the agribusiness in southern Goiás, the gesture of occupation represents resistance and reinvention in a disputed landscape. Vó, PC, and the more than 600 campers daily water the utopia of a place to come, in a future aimed at the still unattainable horizon of land reform. ​ 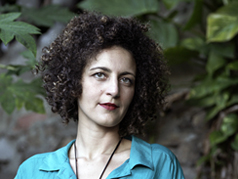 ​Camila Freitas studied film at UFF and cinematography at Louis Lumière School in Paris. She has a master's degree in visual arts at UFRJ. She was a diretor of photography the feature films Futuro junho and Excelentíssimos. She made the short films Passarim, Ararat and De Asfalto e Terra Vermelha. Her first feature, Chão premiered at the 69th Berlinale. Babado, in development, co-directed by João Vieira Torres, passed the Biennale College Cinema 2019 laboratory.​ 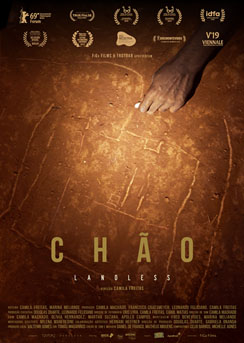