​A journey through the songs and story of Clementina de Jesus (1902-1987). Her most poetic sambas, the rhythmic sway of the drums and the religious chants that reveal a strong connection with the sacred world take us to the deep world of Quelé. A unique character in the history of MPB, the singer, a granddaughter of slaves, is considered by many as the missing link between Brazilian culture and its African roots.​ 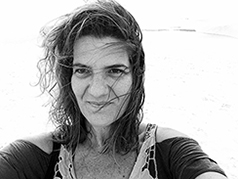 ​A documentarist with an academic background in geography, anthropology and film, she began her audiovisual career two decades ago, with the short Saara (1998). Human behavior, society and music are the most frequent themes in her filmography, which already counts with four films, including Vou Rifar Meu Coração (2011).​