​Dani faces her history of anxiety attacks that have accompanied her since childhood, a period also marked by her mother's overprotection. Between therapy sessions and taking her medicines, she finds that her problem is the same as everyone else´s: the fear of perceiving herself in this world.​ 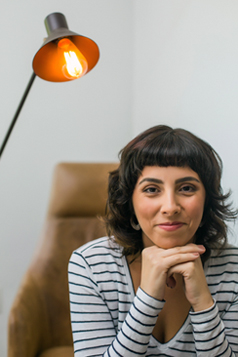 ​A director of the brand new generation of Brazilian filmmakers. She has made seven feature films. Her feature film debut was Meu Passado Me Condena, based on the eponymous Multishow TV series with Fabio Porchat and Miá Mello. In 2019, she released De Pernas pro Ar 3, the sequel to the hit franchise starring Ingrid Guimarães, and the Coisa Mais Linda series.​