The Mujics, a gypsy Family, live in the outskirts of Bosnia and Herzegovina’s urban centers. Father Nazif makes a living collecting scrap metal from old cars. Mother Senada keeps house and cares for her two daughters. One day, she feels intense abdominal pains. At the clinic, she is told the baby she was expecting is dead. She must be operated on immediately. But Senada has no insurance and the operation is very costly. Director Danis Tanovic (No Man’s Land) asked the Mujics to reenact en episode from their own lives. Best actor and grand jury prize at the Berlin Film Festival 2013. 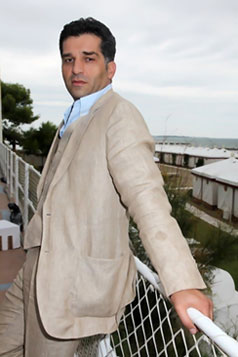 Born in Zenica, Bosnia and Herzegovina, in 1969. He studied direction at the Academy of Performance Arts in Sarajevo. In 1994, he immigrated to Belgium, where he continued his film studies at INSAS. His first feature film, No Man’s Land (2001), won a Best Screenplay Award at Cannes and the Oscar and Golden Globe for best foreign film. He went on to direct Hell (2005) and Triage (2009). 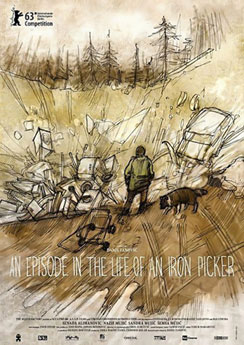