Ben is a teen who travels to Morocco to visit his father Heinrich. A renowned theatre director, Heinrich is there for an international festival and is staying at a luxury hotel. As the relation between the two, unaccustomed to such closeness, becomes tense, Ben decides to discover the mysteries of the country. In the streets of Marrakech, he meets and falls in love with Karima and decides to run away to the girl’s village. Amid deserts, oasis and the Atlas Mountains, Ben comes into contact with an archaic society that values family honor above all. From the director of Nowhere in Africa. 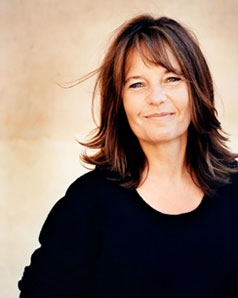 Born in 1964, she studied at the University of Television and Film, in Munich, where her graduate project was the film Sommertage (1991). Her commercial directorial debut was the much awarded Beyond Silence (1996), nominated for a best foreign film Oscar. She went on to direct, among others, the children’s movie Annaluise & Anton (1999); Nowhere in Africa (2001), Oscar Winner for Best Foreign Film; and A Year Ago in Winter (2008).