Alberto is dead and can no longer hide his condition. Makeup and perfume cannot disguise his body’s rapid decomposition anymore. Disheartened, he opts to withdraw from the world for good, but, in order to abandon his existence as a living-dead, Alberto must also give up his friendship with Silvia, manager of the 24-hour gym where he works as a night watchman. Official Selection at the Sundance Film Festival and featured in the International Rotterdam Festival 2013. 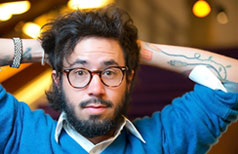 Born in Mexico, in 1980. He worked as an editor in six feature-films, directed videos for several Mexican bands and wrote, produced and directed the webseries Los microburgueses. As a visual artist, with a graduate degree from Art Center College of Design in Pasadena, his work has been featured in galleries and museums in New York, Sydney, Berlin, Rio de Janeiro and Prague. Halley is his first feature-film. 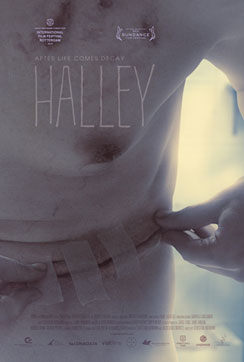