Estela is twelve-years old. She lives in a small Mexican town and is hopelessly in love with a young police cadet. He wishes to elope with her. In order to fulfill his dream, he steals a few packages containing drugs. Now, Estela’s family must face the violence that devastates the region. The film stirred up a lot controversy at the 2013 Cannes Film Festival for its realistic depictions of violence, which are in keeping with filmmaker’s Amat Escalante’s work (Sangre and The Bastards) portraying contemporary Mexican society. Best director at Cannes Film Festival 2013. 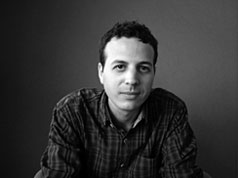 Born in Guanajuato, Mexico, in 1979. Self-taught, he directed three short films, amongst them Amarrados (2002). His first feature was Sangre (2005), shown at the Un Certain Regard Section of the Cannes Film Festival, where it won the FIPRESCI prize. His next film, The Bastards, was featured in the same section of the festival. With Heli (2013), he made the official Cannes Competition and was awarded a Best Director Prize. 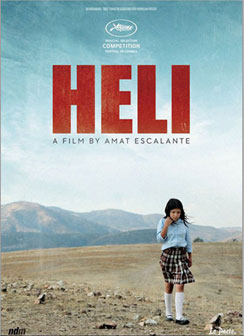