Clemens Trunschka is a German corporate headhunter and also an alcoholic. As a result of his escalating drinking problem, he has become disconnected from his life and reality itself, which is troubling for his wife and son. After drunkenly failing a work assignment, he is sent to Houston, Texas, after a renowned oil company director. That’s when his life collapses for good, and his addiction forces him to come into contact with his dark side, in a downward spiral of mistakes. Soundtrack composed by Michael Rother, from the band Neu!. Sundance Film Festival 2013. 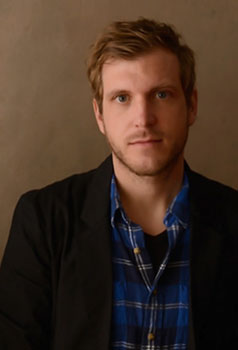 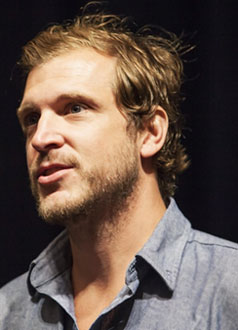 Born in 1974. He studied at DFFB (German Film and Television Academy Berlin), and his final assignment was the film Ende einer Strecke (2005). He worked as an assistant-director to filmmakers Christian Petzold and Marin Martschews and directed short films and TV documentaries. His feature-length directorial debut was Autopiloten (2007). Houston is his second feature film.