​Realizing he wouldn’t find the answers to our environment’s degradation from the comfort of his home, director Josh Fox travels the world in search of communities that are already facing serious effects of climate change. What he finds is a complex mix of tragedy and inspiration in the various ways climate change affects our value systems. This documentary is a sobering assessment of the status of these changes, while also questioning how we, survivors, build societies that are both creative and resilient. 2016 Sundance Film Festival.​ 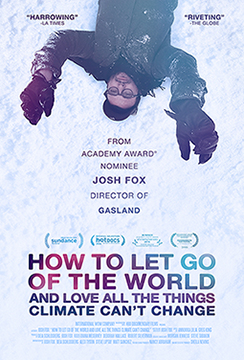