Contato/Print Source:
ME & MY BROTHER

Just like the Internet took the world by storm, musical genres outside the mainstream started to gain visibility as being part of the same global scene. Funk Carioca, moombahton, ghetto tech and ragamuffin were already famous worldwide, but a new genre started sticking out amid the planetary conversation – kuduro, born in Angola With heavy beats, distorted bass, heavy lyrics and in-your-face sensuality, the genre is dissected on Portuguese filmmaker Mario Patrocinio’s documentary.

Born in Portugal, in 1978. He graduated on economy and filmmaking. He is also the co-director of feature film Complexo – Universo Paralelo (2010), shot throughout the three years he spent living in Complexo do Alemão, one of the most dangerous favelas of Rio de Janeiro. I Love Kuduro is his second-feature film. 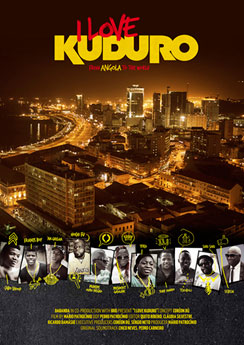