​Emerson, a young man from a poor neighborhood, wants to make a movie about his story on Ilha, where those who are born there can never leave. He kidnaps Henrique, an award-winning filmmaker. Together, they reenact Emerson’s life, but with some poetic license. The production won awards for Best Actor (Aldri Anunciação) and Best Screenplay (Ary Rosa) at the 2018 Brasilia Festival.​ 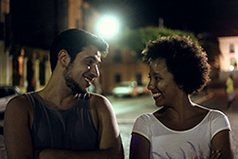 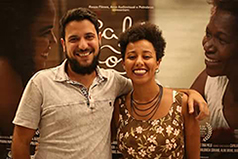 ​Ary Rosa and Glenda Nicácio majored in Cinema at the Federal University of Recôncavo da Bahia. The duo, founder of the independent production company Rosza Filmes, made their feature film debut with the award-winning Coffee with Cinnamon (2017).​