The film gives voice to Magdalena Kopp, a german photographer who had an improbable and notorious liaison with leftist terrorist leader Ilich Ramírez Sánchez, known as Carlos the Jackal. Responsible for several fatal attacks, Carlos was a recurring figure in newspaper covers all around the world. Here, Kopp gives her version of the facts of the time as well as their relationship. The statements were taken inside a darkroom, where she develops photos capable of bridging her past and present. Second part of a trilogy of documentaries due to conclude with The Green Prince, in production.

He was born in Jerusalem and grew up in Paris, Montreal and the US. Currently living and working in Frankfurt, Germany. He was a communication official for the UN troops in both Syria and Lebanon. His directorial debut was the award-winning documentary Der Champagner Spion (2008). 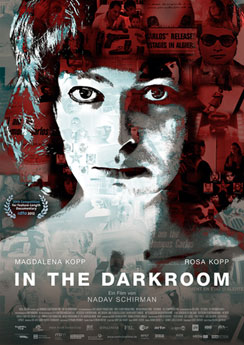