A Life After La Vida Después

Rodrigo and Samuel are two brothers with very distinct personalities. Their mother, who has mental issues, left a cryptic note on the table and vanished from their lives without a trace. Following leads based on their own memories, they get ready to travel through Mexico, crossing the Sonora desert, in order to find her. It does not take long for the trip to expose their irreconcilable differences. A film about redemption, dichotomies in family relations and the search for a home. Features in the Horizons Section, Venice 2013.

Born in Mexico, in 1982. He graduated at the Centro de Capacitação Cinematográfica at Mexico City, and got a master’s degree at Columbia University, New York. He directed the shorts El mundo al atardecer (2006), La canción de los niños muertos (2008) and Una frontera, todas las frontera (2010), selected for the Amsterdam International Documentary Festival. This is his first feature film as a director. 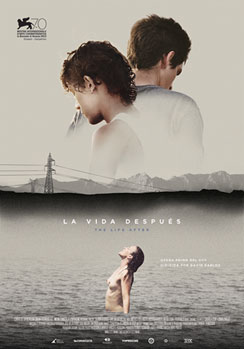