​Based on the eponymous book by Salomão Polakiewicz, the film tells the story of Maurício, a freshman at the prestigious Federal University of Medicine, son of Cida, a nursing assistant who works hard to see the young man enter college. In his first anatomy class, Mauricio is introduced to M8, a body that will be his subject of study during the first semester. In a journey of mystery and reality, Mauricio faces his own anguish to unravel the identity of this unknown face.​ 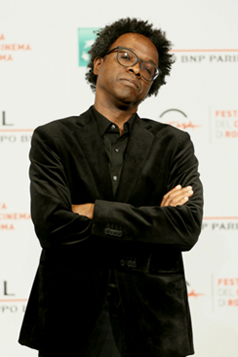 ​Screenwriter and director of the short films Distraída para a morte (2001), Carolina (2003) and Narciso rap (2005). His feature Bróder was shown at Sundance and at the Berlin Festival 2010. In 2013, he directed the TV show Pedro e Bianca, winner of the Emmy Kids Awards. On the Gloob Channel, he directed Escola de gênios. He is currently directing the soap opera Bom Sucesso. M-8 is his third feature.​