In the late 1980s, Metallica explodes onto the scene as the most extreme musical group on the planet. Its legacy of noise, excess and alcohol made heavy metal what it is today, making the band one of the record industry’s biggest names for the following decade. In this post-apocalyptic concert film, action-flicks director Nimród Antal (Predators) tells the saga of Dane, a Metallica roadie who is sent to hell. Meanwhile, the band presents their new concert for us. Toronto Film Festival 2013. 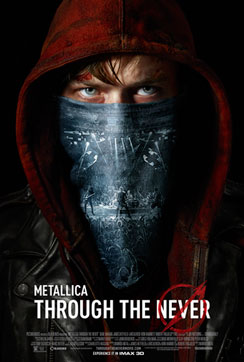