​Arturo is a charming, sophisticated, and rather unscrupulous gallerist. He has his own art gallery in downtown Buenos Aires, a city that fascinates him. Renzo is a morose painter, slightly wild, and in clear decadence. He hates social contact and is almost living in poverty. Even though the gallerist and the painter are bound by an old friendship, they do not agree in almost anything. Their universes and ideas are opposite, which generates great tensions and fights between them. However, they are great friends despite these differences. And this comedy is about that friendship. Venice 2018.​ 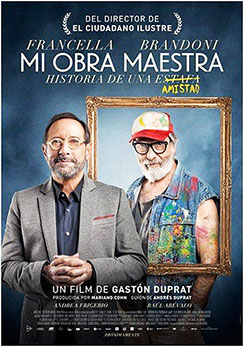