​Vila Flávia, São Paulo inner city. The graffiti walls show an authority figure: the black mother protecting her children. Three families marked by the absence of a father: Nêgo has the portrait of Dona Edith tattooed on his chest. Fernando tattooed a Virgin Mary on his back in honor of his mother, Dona Vera. Barão has been serving his sentence for eigth years and endures the pain of making his mother, Dona Fatima, suffer. In fatherless homes, in the slum forsaken by the State, the lonely mother acquires the aura of a saintly warrior.​ 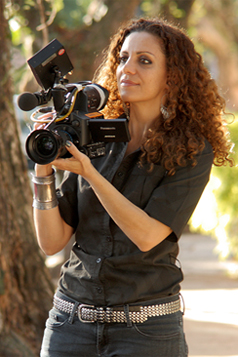 ​Director, editor and photographer. Tatiana Lohmann has made shorts, TV shows (MTV, Nat Geo) and documentary films. Among the latter are Solidão e fé (2011), winner of the popular jury prize at the Mostra Tiradentes, and Slam: Voz do levante (2017), directed with Roberta Estrela D'Alva, winner of the special jury award and best documentary direction award at Festival do Rio. She is preparing her first feature, O anjo, with the collective Manifesto Impromptu​ 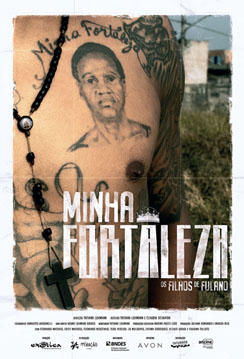