Two brothers, Marten and Volker, meet at their parents’ abandoned house, on the coast of the small island they both grew up in. For Marten, the eldest, there is a clear purpose for his return to the island: welcoming his mother who has just been released from jail, where she had been since the death of their abusive dad. Volker, however, seems to have returned to the house with the sole intention of selling it. He has not been able to forgive neither of them for not having protected him from the prolonged abuse. The film is part of the director’s trilogy on domestic violence. 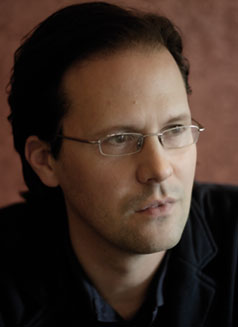 Born in 1971, he is a self-taught filmmaker. He initiated his career writing for television in the mid-1990s and then went on to direct short, music videos and advertising films. He directed, scripted and produced the feature film Bergfest (2008), which won a special jury award for best low-budget independent production at WorlfFest Houston in 2010.