​Faced with the outcome of the last election in Brazil, an actress decides to run for president herself and join a troupe on a passionate trip in defense of a utopia: trying to spend new year´s eve in the arms of her greatest political inspiration, the former president of Uruguay Pepe Mujica.​

​He began his career in theatre, where he worked with some of the most important and inventive stage directors of Brazil. He was nominated for the Shell Award and won the Mambembe, APETESP, APCA and Quality Brazil awards. He made his television debut in 1995 when he won the APCA Breakthrough Actor Award. In film, he won the awards for Best Supporting Actor for Disparos and Best Actor for Familia vende tudo.​ 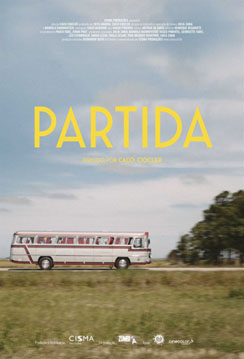