Sascha is a 17 year old girl living in Stuttgart, Germany. She carries in her both the stigma of her Russian origins and the trauma of losing her mother, murdered at home by her stepfather. As a way of overcoming the shock, she dreams of writing a book about her mother and taking revenge on her stepfather. When she meets Volker, he invites her to his place, where he lives with his son. A subtle love triangle begins to take shape, which helps Sascha find a way to mature. Adapted from Alina Bronsky’s novel. 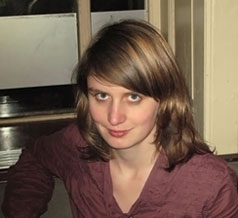 Born in 1975 in Düsseldorf, Germany. Apart from a few shorts, she has directed the TV movie Die Kette (2006) and the documentary Prinzessinnenbad (2007), awarded at the Berlin Film Festival (Dialogue en Perspective award). She also took part in the anthology films 24h Berlin – Ein Tag im Leben (2009) and 20xBrandenburg (2010).