When singer-songwriter Kate McGarrigle died of cancer in 2010, her children decided the only way they could pay tribute to her was through music. Two of them -- Rufus and Martha Wainwright, well-know singer-songwriters in their own right -- made three gala performances to celebrate the legacy of a classic songwriter and the lessons of a mother. Lian Lunson's documentary, produced by Wim Winders, captures scenes from the three performances, with guests like Norah Jones. From the director of Leonard Cohen: I'm Your Man. Berlin 2013. 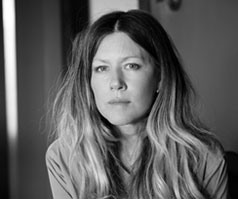 Born in 1959, in Australia. She worked as an actress before moving to Los Angeles and becoming a director and producer. She produced music videos for artists like Neil Young, Pearl Jam and U2. In 1997, she made feature-length documentary Willie Nelson Down Home. She went on to direct the documentaries Seeking the Ruin of Souls (2002) and Leonard Cohen: I´m Your Man, featured at the Berlin Film Festival 2006.