​Until their divorce in 1978, director Shin Sang-ok and actress Choi Eun-hee were the most beloved couple of South Korean film industry. While on a trip to Hong Kong, Choi is kidnapped by the North Korean Secret Service and, a few months later, her ex-husband faces the same fate. At the behest of cinephile President Kim Jong-il, they create a North Korean film industry. But, as good filmmakers, Shin and Choi plan a final twist. This documentary is narrated with the help of audio tapes recorded by the couple, smuggled out of North Korea. Sundance and Berlin, 2016.​

​Cannan: 1978, London, England. He has worked in several positions roles in features, shorts, and music videos, and also as an associate producer on the docudrama Ghosts (2006). Filmography: Three Miles North of Molkom (2008). Adam: 1979, London, England. He has worked as a photographer and editor on short films, music videos, art installations and commercials. This is his first feature film.​ 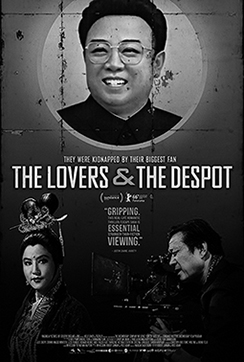