In 2002, Afghanistan started to rebuild itself after years under the Taliban regime. In a short period of time, the country had regressed decades and media companies were banned. In that momento, Mohseni family decides to return home, after years in Australia, to create Tolo TV, the first TV channel in the country. Since then, they managed to spread notions of human rights for a population that has always lived with violence. This documentary recounts the story of Tolo TV, which now, with the departure of U.S. troops off the country, faces an uncertain future. SXW 2013. 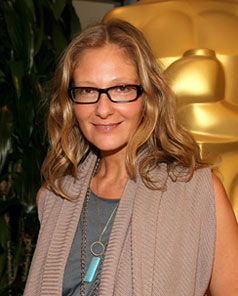 Born in Australia. She has made several documentaries for Australian TV before moving to the US in 2004. She has produced films such as Gonzo: The Life and Work of Dr. Hunter S. Thopson (2008), featured in Sundance; The Human Behavior (2006); and Taxi to the Dark Side (2008), Oscar winner for best documentary. This is her feature-length directorial debut. 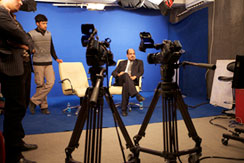