​Haim-Aron, a young ultra-orthodox Jew, is so devout that even the act of eating a sweet forces him to punish himself. One night, after a self-imposed fast, he loses consciousness. The paramedics who come to his rescue declare him dead, but his father tries to resuscitate him, and, contrary all expectations, brings him back to life. After the accident, Haim-Aron believes that the energy in his body is God testing him. His father, on the other hand, seeing the change in his son, believes he has gone against God’s will by resuscitating him. Special Jury Prize, Locarno 2015.​ 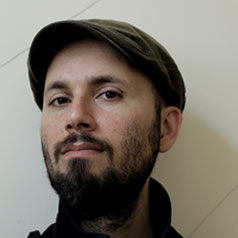 ​Born in Israel in 1977. His first feature, The Wanderer (2010), had its world premiere at the Critics’ Week at Cannes. This was followed by Visa (2013), best independent film at Cinema South Festival. He also made the experimental documentary Soap Opera of a Frozen Filmmaker (2007), a video diary in seven parts. His first book, Musings on Filmmaking whilst Cycling Through the City, was published in 2011.​