Everything Else Todo lo demás

​Doña Flor is a bureaucrat and she makes that clear in the color of her beige blouse, her shoes without heels, and her knee-high skirt. For more than three decades she has been spending her days meeting with outraged citizens for whom she is nothing but a lifeless bureaucrat. In the exclusive company of her cat, she devotes her evenings to obsessively listing the people she has met during the day. Inspired by German philosopher Hannah Arendt who described bureaucracy as one of the worst forms of violence, this is a mesmerizing contemplation of solitude.​ 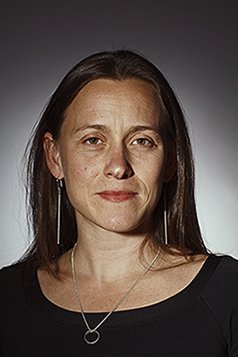