​What is the influence of jazz in Brazilian music? The documentary draws a parallel between the two universes through Zuza’s story, guided by the watchful and intimate gaze of the critic who is an icon of music journalism in Brazil. Revisiting from his past as a music lover to the present day, the documentary sets out in search of his passion for music, for sound, for something that resists and transforms itself through time.​ 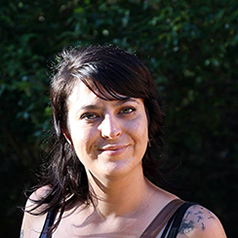 ​She majored in film and video and has been active in the audiovisual industry for over ten years. She has worked on the animations Miss & Grubs (2015), short film awarded two Kikitos in Gramado, and O Menino e mundo (2014), nominated for Best Animated Feature Film Academy Award. She directed and wrote the series O Tempo e a Música: Villa-Lobos (2017) and the documentary O espaço no infinito de Sérvulo Esmeraldo (2017), both aired at Canal Arte1.​