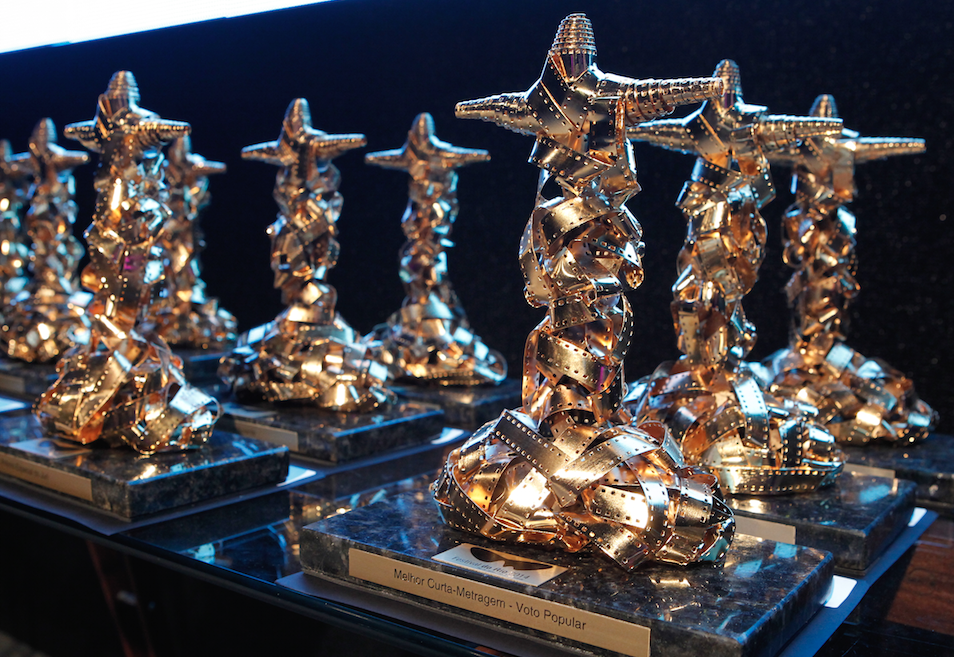 The awards for the 19th Festival do Rio were presented during a Gala ceremony at Centro Cultural LSR – Odeon NET/CLARO on Sunday, 15 October, 2017.

Juliana Rojas and Marco Dutra’s As Boas Maneiras (Good Manners) won the Redentor for best fiction feature screening in Première Brasil. The film also picked up the Redentors from the official jury for best supporting actress (Marjorie Estiano) and best cinematography (Rui Poças). As Boas Maneiras (Good Manners) added to its haul by picking up both the Felix Award for best film and the FIRPRECI critics’ prize. 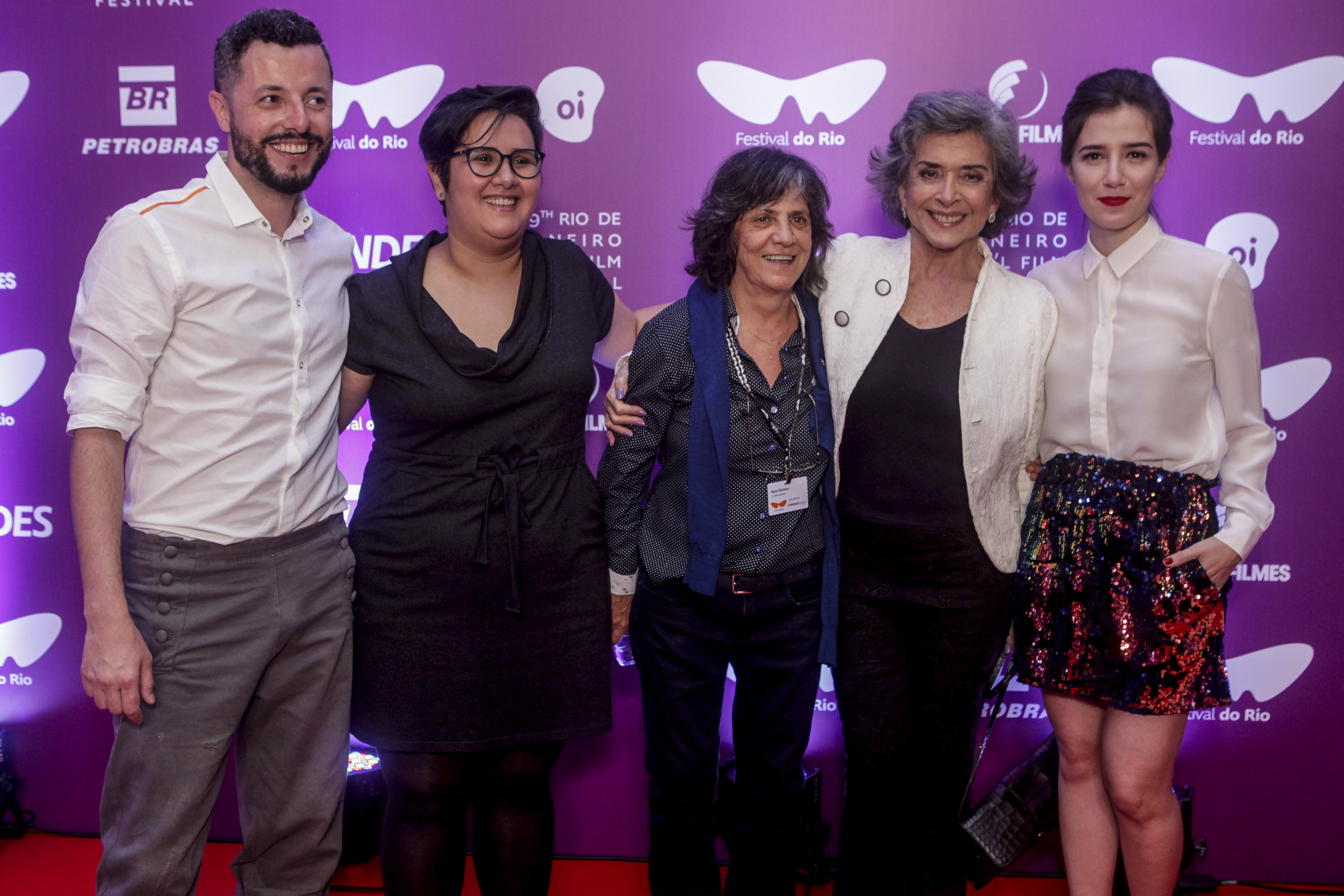 Rojas and Dutra have worked together since film school. Their short Um Ramo won the Discovery Prize at Le Semaine de la Critique in Cannes in 2007, and their feature Trabalhar Cansa screened in Un Certain Regard in Cannes in 2011.

Veteran director Lúcia Murat, who directed her first feature in 1988, won the Redentor for best director (fiction) for Praça Paris (Paris Square), a film that also won awards for best actress (Grasse Passô). Murat previously won the best director Redentor at Festival do Rio in 2004 for Quase dois Irmãos. Her films have screened in both Berlin and Sundance. 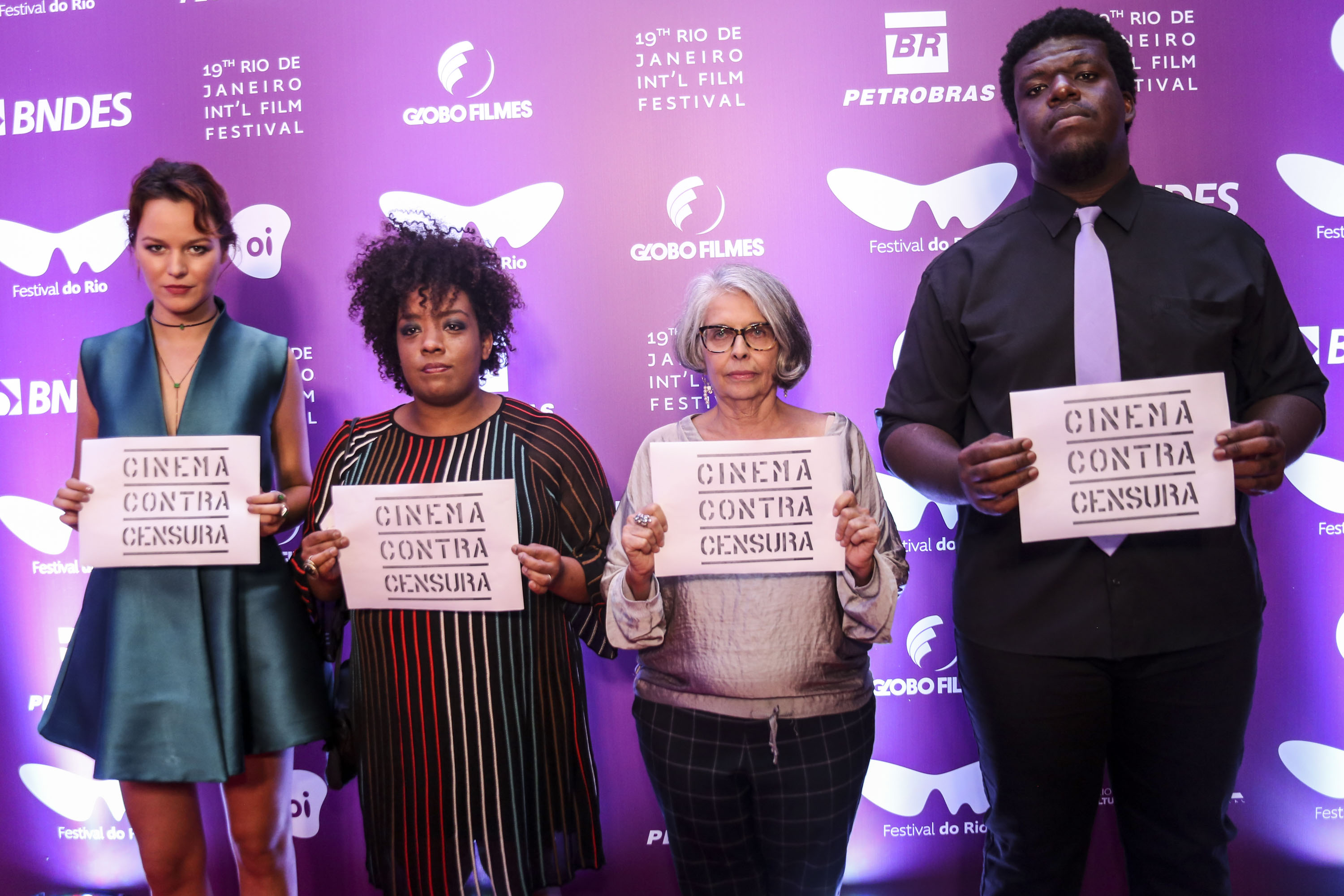 The official jury chose Piripkura, directed by Mariana Oliva, Renata Terra, and Bruno Jorge and produced by Mariana Oliva, as the best documentary screening in Première Brasil, while the audience choice was Dedo na Ferida  (A Sore Spot), directed and produced by Silvio Tendler. The jury award for best direction of a documentary went to Tatiana Lohmann and Roberta Estrela D'Alva for Slam: Voz de Levante (SLAM: Sworded Words), a film that also won the Special Jury Prize.

Best documentary chosen by the Felix jury for a film dealing with LGBTQ issues was Queercore: How to Punk a Revolution, directed by Yony Leyser.

The full lists of award winners for Festival do Rio for 2017 is:

Best Editing: Caroline Leone for Alguma Coisa Assim (Something Like That).

As well as the best films winning the iconic Redentor trophy, this year Festival do Rio also awarded the Prêmio Petrobras de Cinema, a financial prize offered by Brazil’s main oil company,Petrobras, for the commercial distribution of the best feature film in Première Brasil (R$200,000) and the best film in New Trends (R$100,000), as chosen by the official juries. Which respectively are As Boas Maneiras (Good Manners), directed by Juliana Rojas and Marco Dutra, and A parte do mundo que me pertence (The Part of the World That Belongs to Me), directed by Marcos Pimentel.

Canal Curta!, an independent Brazilian TV channel dedicated to arts and culture and the screening of documentaries, awarded a R$100,000 prize, Prêmio de Mídia do Canal Curta!, to the best documentary chosen by the official jury and the popular vote to put towards the promotion of the films. Which respectively are Piripkura, directed by Mariana Oliva, Renata Terra, and Bruno Jorge, and Dedo na Ferida  (A Sore Spot), directed by Silvio Tendler. 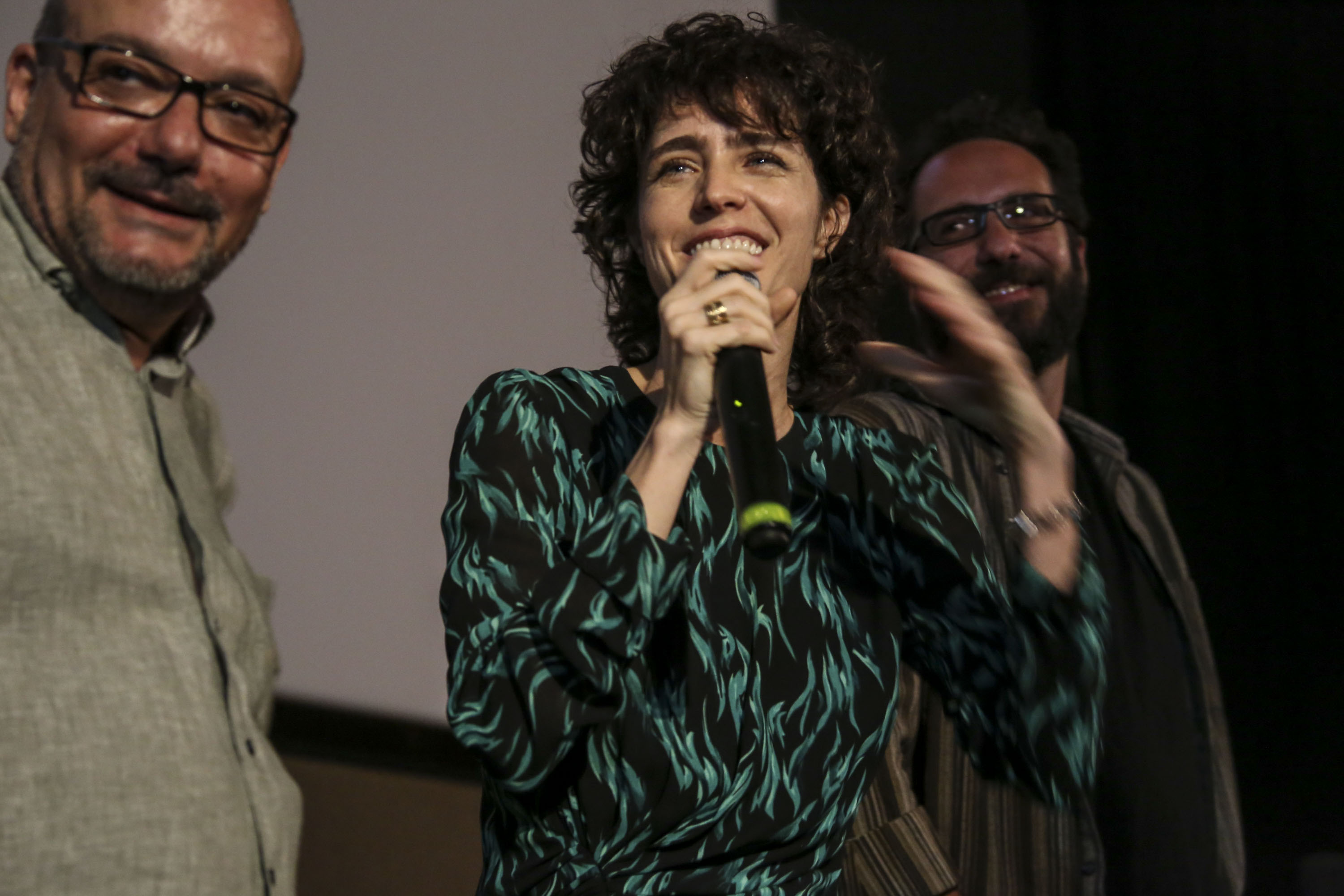 Best Film:A parte do mundo que me pertence(The Part of the World That Belongs to Me), directed by Marcos Pimentel and produced by Luana Melgaço. (Documentary).

FIPRESCI Jury: (made up of the critics) Ana Rodrigues, Chico Fireman and Francisco Russo.

The winners, selected from 38 films screening in this year’s Festival do Rio that in some way dealt with LGBTQ culture and topics, are:

Best Documentary: Queercore: How to Punk a Revolution, directed by Yony Leyser and produced by Thomas Janze (Screening in Unique Itineraries).

Generation Jury: Simone Monteiro (Masters in Education, Co-ordinator of the programme Rio, uma cidade de leitores / Rio, a city of readers); and Maria Costa Rodrigues (Architect, Masters in Education and director of culture at SESC), and Cavi Borges (producer and founder of Cavideo)

In 2017 Festival do Rio screened over 250 films from more than 60 countries at around 20 locations across the city of Rio de Janeiro from 5 to 15 October 2017 to an audience estimated to be in excess of 200,000. The festival, which was in its 19th year, also received guests and industry executives who were taking part in seminars, workshops and debates at RioMarket, as well as introducing their own films in an event that brought the art of film together with music, virtual reality and so much more in the city that recently hosted the FIFA World Cup Finals in 2014 and the Olympic and Paralympic games in 2016.

As well as the festival’s traditional sidebars, such as Première Brasil, Panorama, Expectation, Latin Première, Generations, Midnight Movies, etc, the Felix Prize returned for a fourth consecutive year with 38 films with diverse LGBTQ themes and stories in contention, as well as having its own sidebar of “British Queer Classics” that included Sally Potter’s Orlando, Derek Jarman’s Edward II, and Stephen Frears’ My Beautiful Launderette. 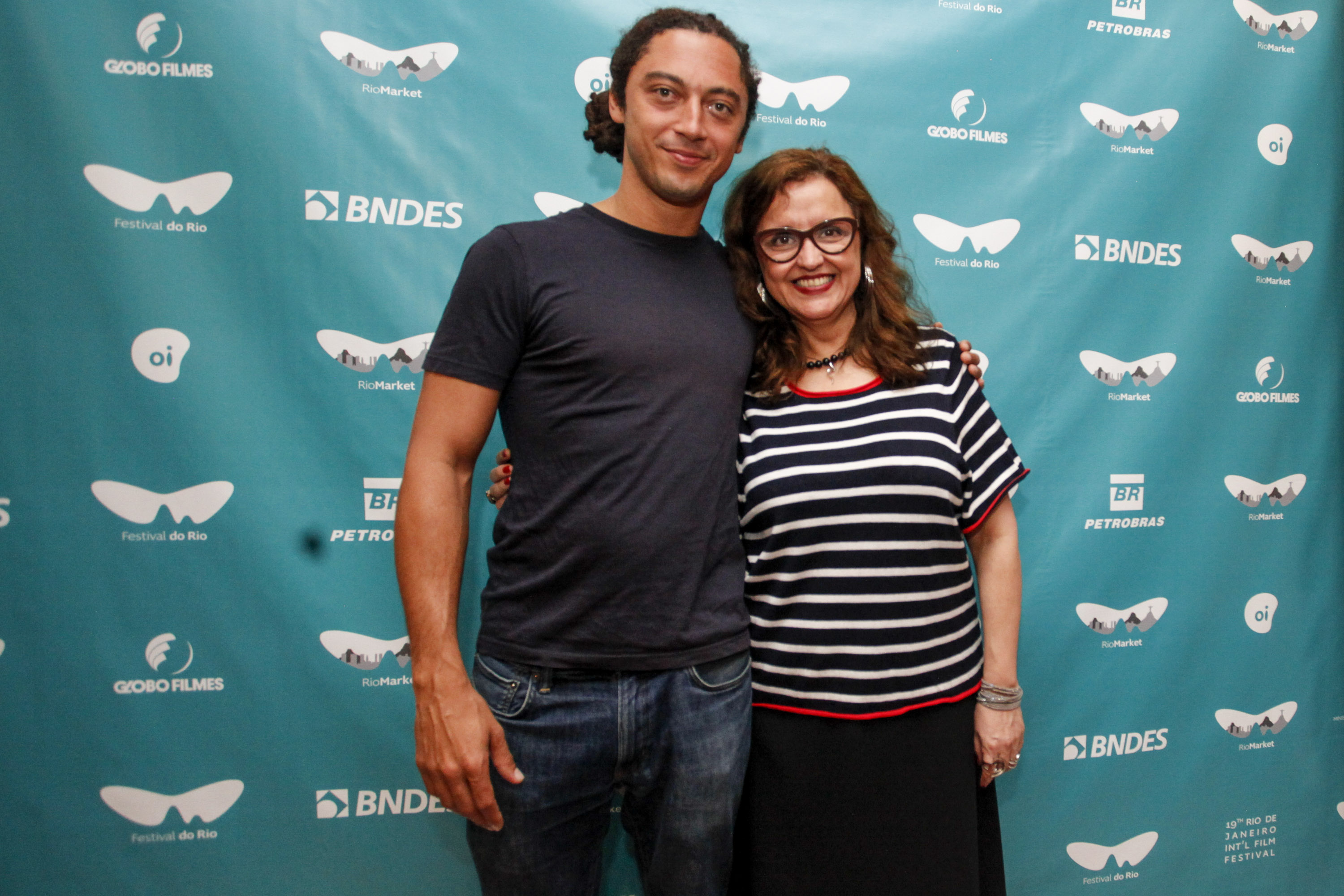 A total of 14 films submitted by their respective countries for consideration for the best foreign language feature at the 90th Academy Awards screened during Festival do Rio. They included the submissions from Argentina, Finland, France, Germany, Hungary, Italy, Kyrgyzstan, Lithuania, Luxembourg, Norway, Poland, Singapore, Spain and Taiwan. 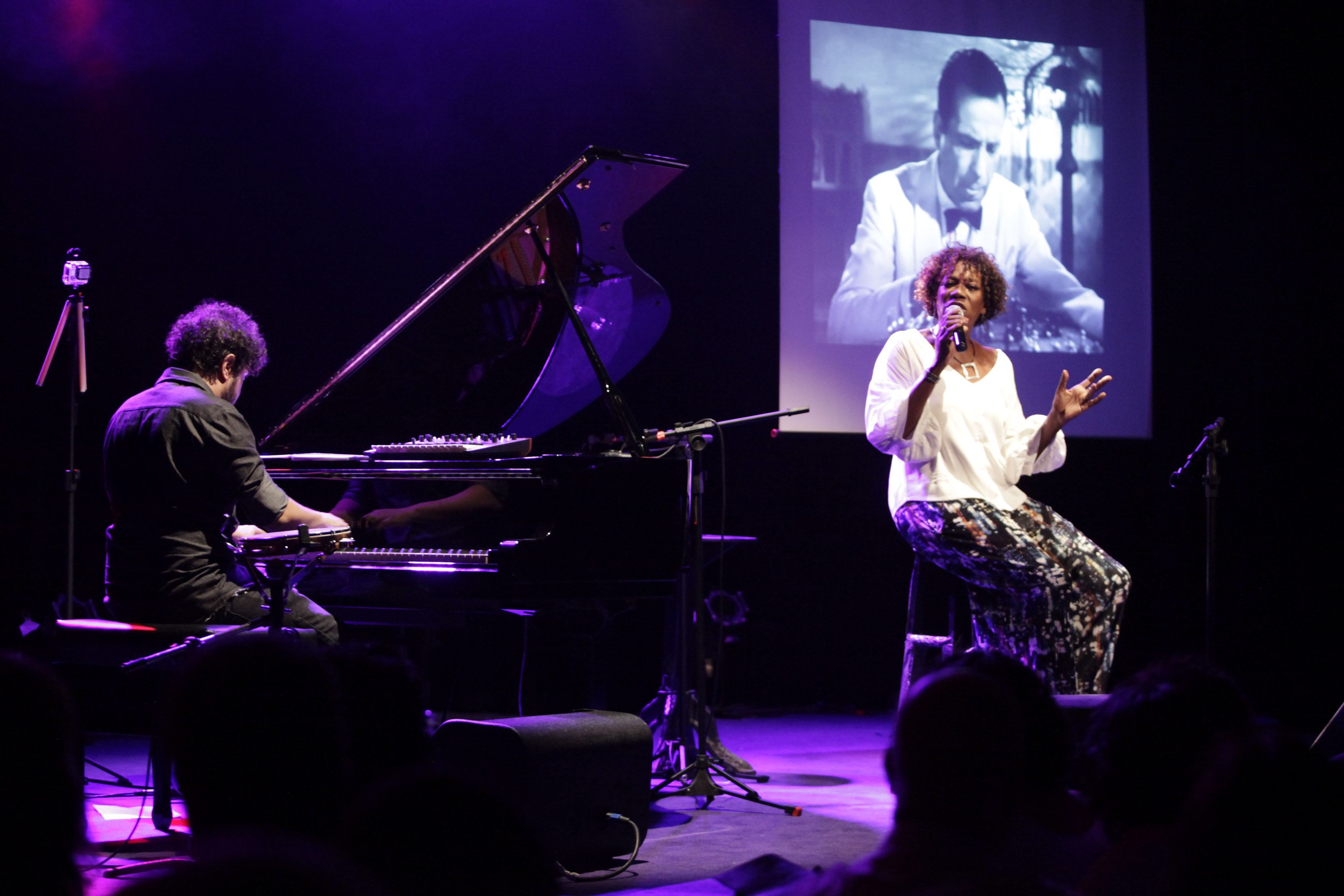 The festival also programmed three days of “cinema and music” in Cinelândia at the Teatro Rival where the Brazilian record label Biscoito Fino presented “Rio, Pipoca e Biscoito” (Rio, Popcorn and Biscuit) with artists such as Alcione and Fabiana Cozza; Leila Maria, Zélia Duncan and Jaques Morelenbaum; and Silvia Machete, Rico Ayade, Caio Prado, João Fênix, Filipe Catto and As Chicas. And for the second consecutive year the Petrobras Symphony Orchestra performed at Festival do Rio and presented the music from the films of director Tim Burton at the Teatro Riachuelo.

Festival do Rio is made possible thanks to the Ministry of Culture’s incentive laws and programmes, and the sponsorship of PETROBRAS and BNDES, along with Globo Filmes, Oi and other partners.