And the winners at Festival do Rio in 2018 are:

The awards for the 20th Festival do Rio were presented during a Gala ceremony at Centro Cultural LSR – Odeon NET/CLARO on Sunday night, 11 November 2018.

“Tinta Bruta” (Hard Paint), by Marcio Reolon and Filipe Matzembacher won the Redentor for best fiction feature screening in Première Brasil. The film also picked up the Redentors from the official jury for the directors’ screenplay, best actor for Shico Menegat’s performance as Pedro; and best supporting actor for Bruno Fernandes as Leo.

Set in Brazil's southern city of Porto Alegre, “Tinta Bruta” (Hard Paint) focuses on a socially repressed young man. Pedro, who only comes out of his shell during chatroom performances, when he strips and smears neon paints on his lithe body. The film premiered at this year’s Berlin Film Festival where it won Best Film in Teddy Awards and was chosen Best Film in Panorama from the CICAE jury.​

Reolon and Matzembacher, are partners in the Porto Alegre based production company Avante Filmes. Their first feature “Beira-Mar” (2015), which also premiered at the Berlin Film Festival, was awarded the prize for best feature at that year’s New Trends section at Festival do Rio and won a Special Jury prize in the Felix Awards. 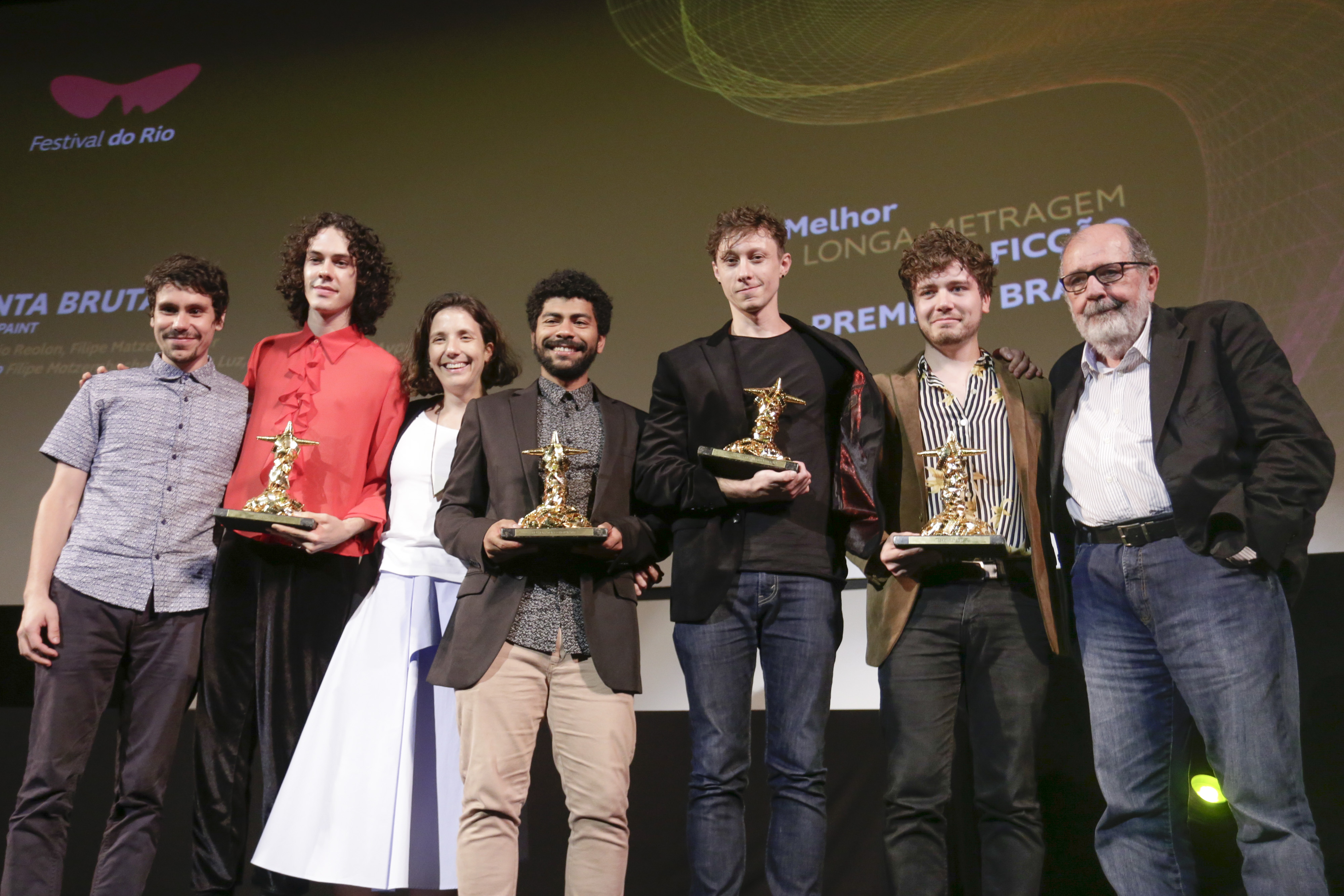 Itala Nandi won the best actress prize for her performance in Clara Linhart and Fellipe Barbosa’s “Domingo”. Valmir do Côco shared the best actor prize for his performance in Tiago Melo’s “Azougue Nazaré”, a film that also picked up the Special Jury Prize and the Redentor for André Sampaio’s editing. 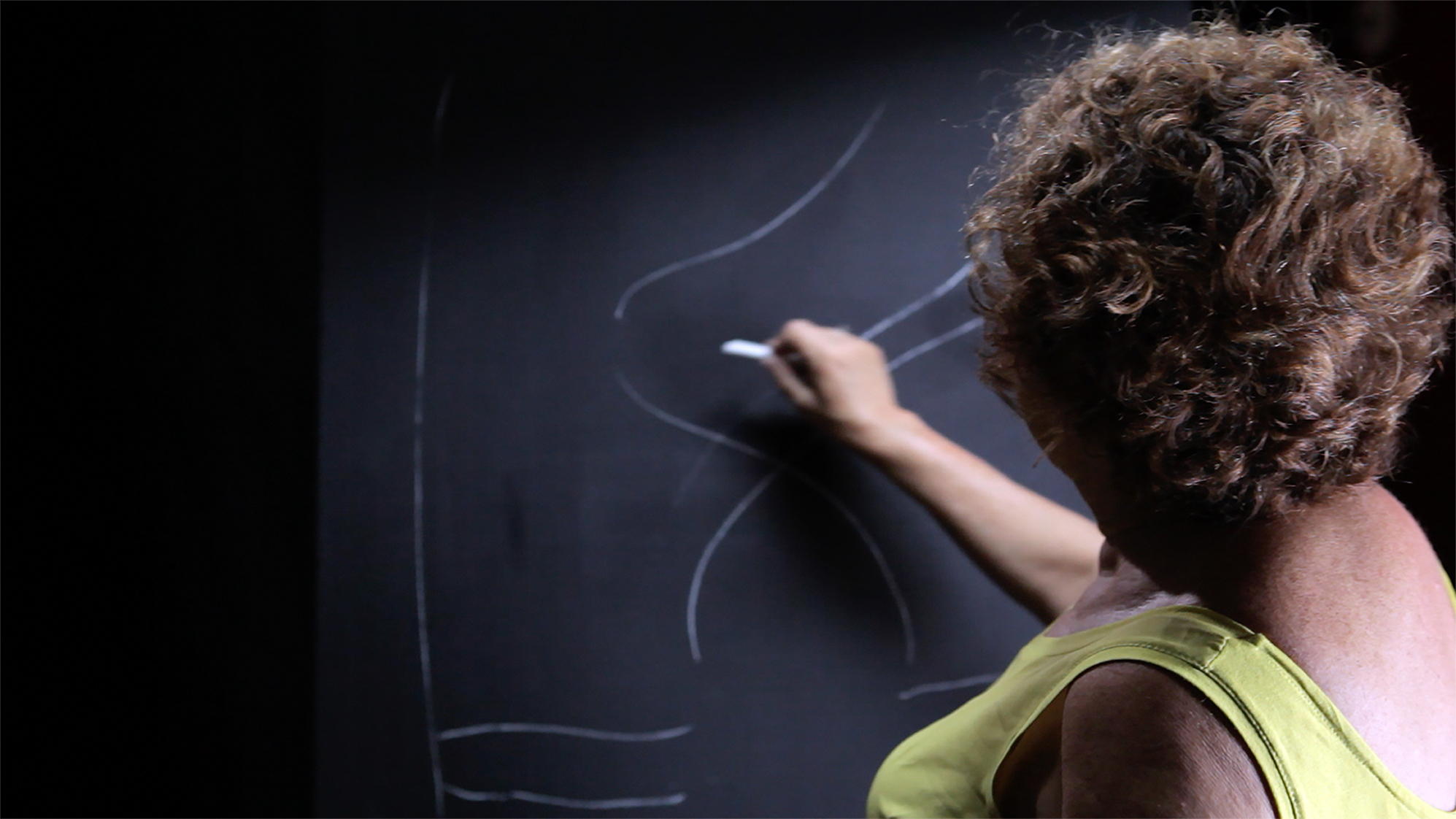 The official jury and the festival audiences agreed on the best documentary screening in Première Brasil, with “Torre das Donzelas” (Maiden’s Tower), by Susanna Lira picking up both prizes. Lira also won the Redentor for best director for a documentary. Lira had previously picked up the festival’s best documentary Redentor for “Positivas” in 2010 and got an Honoury Mention in 2013 for “Damas do Samba.”

Daniel Gonçalves received a Special Mention from the jury for his direction of the documentary “Meu Nome é Daniel” (My Name is Daniel).

Best documentary chosen by the Felix jury for a film dealing with LGBTQ issues was the French / Greek co-production “Obscuro Barroco”, by Evangelia Kranioti which screened in Midnight Docs. The Felix for best feature went to “Sócrates”, by Alex Moratto which screened in New Trends.

As well as the best films winning the iconic Redentor trophy, Festival do Rio also awarded the Prêmio Petrobras de Cinema, a financial prize offered by Brazil’s main oil company, Petrobras, for the commercial distribution of the best feature film in Première Brasil (R$200,000) and the best film in New Trends (R$100,000), as chosen by the official juries. Which respectively in 2018 are “Tinta Bruta” (Hard Paint), by Marcio Reolon and Filipe Matzembacher, and “Ilha” (Island), by Ary Rosa and Glenda Nicácio.

Festival do Rio is made possible thanks to the Incentive Law (Lei de Incentivo) of the Ministry of Culture, as well as the sponsorship of Petrobras, Caixa Seguradoras and other supporters and partners.

Full details of all the films can be found on the Festival do Rio web site. 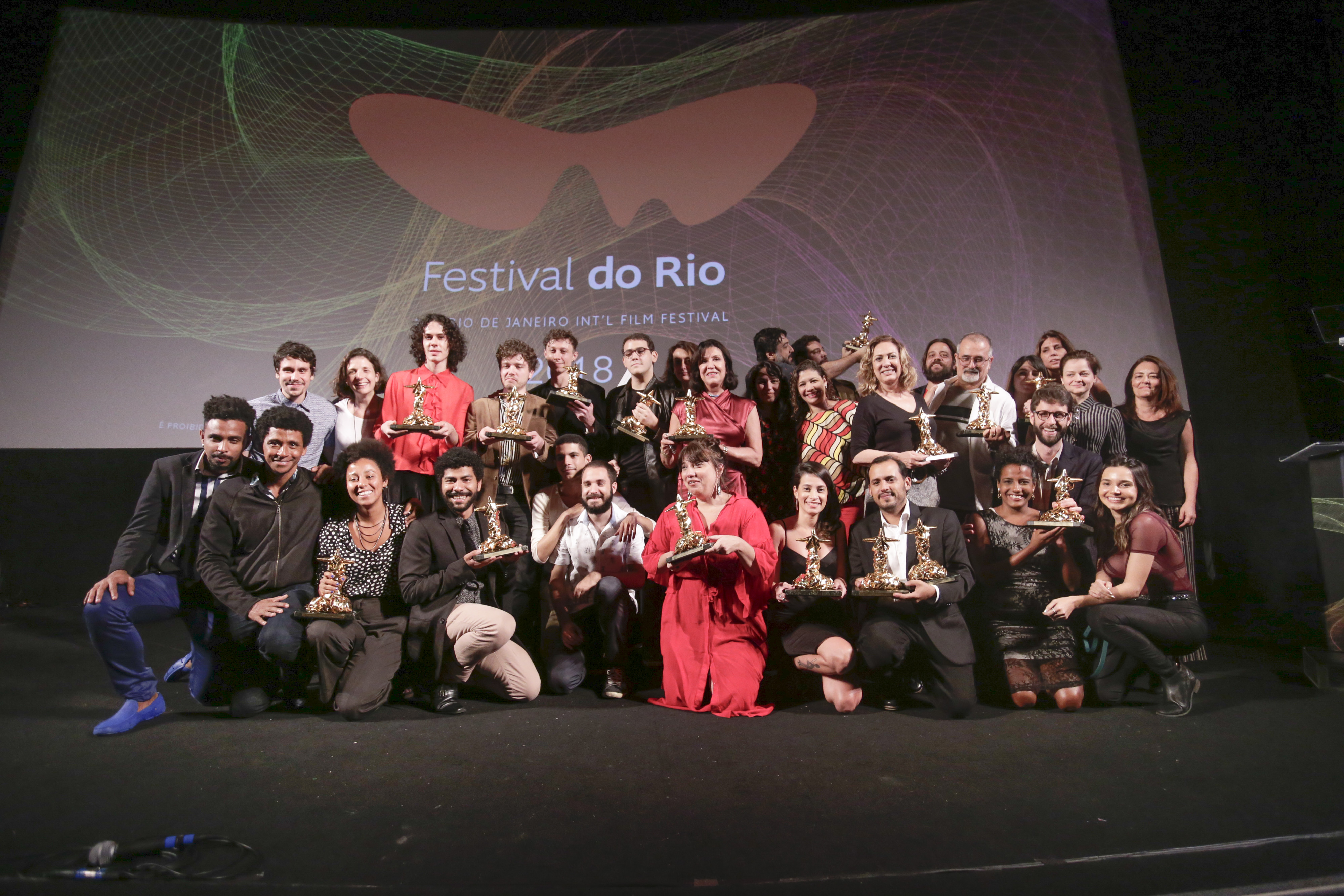 The full lists of award winners for Festival do Rio for 2018 is:

Best Short: “Você não me Conhece” (You Don’t Know Me), by Rodrigo Séllos

The winners, selected from 39 films screening in this year’s Festival do Rio that in some way dealt with LGBTQ culture and topics, are: 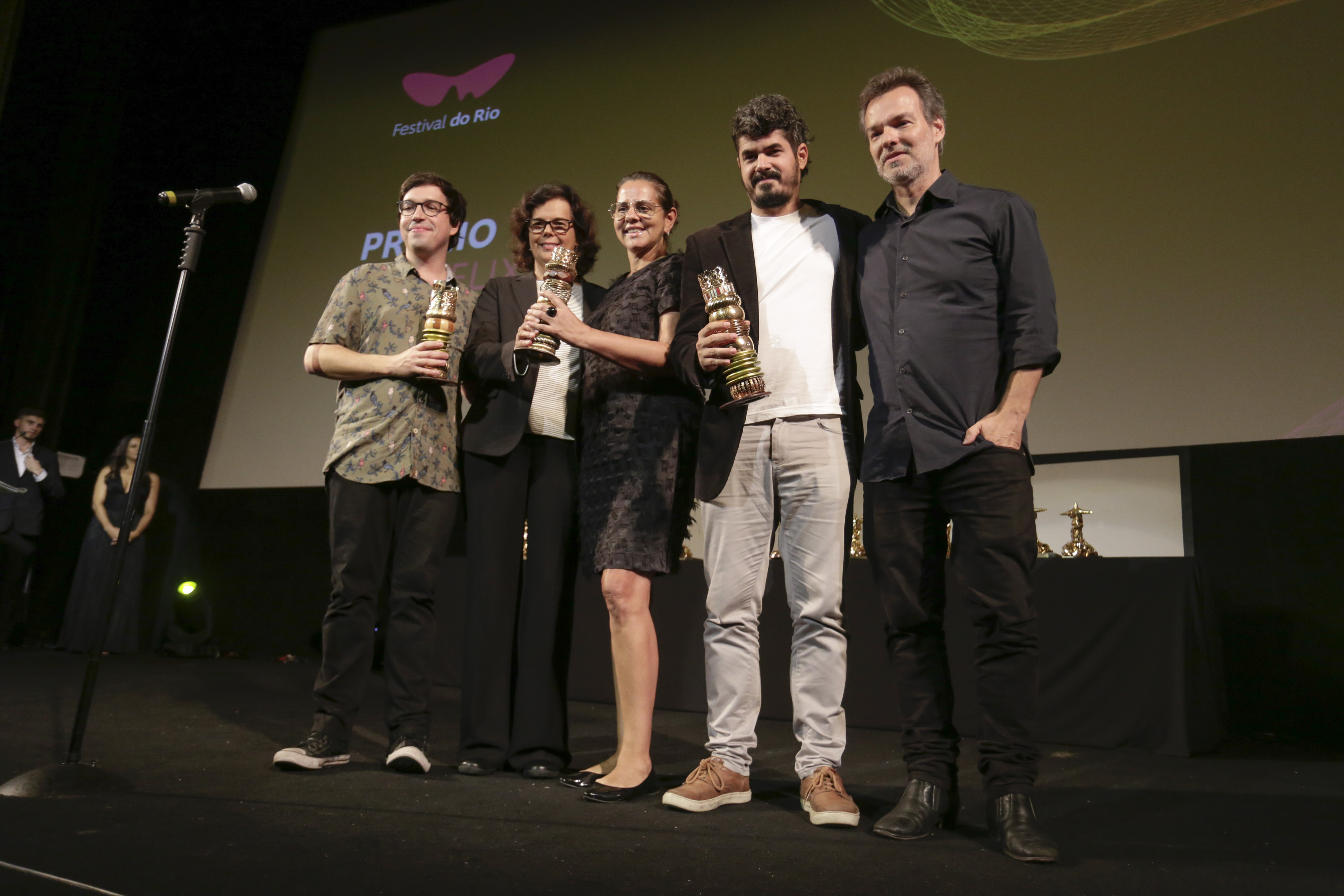 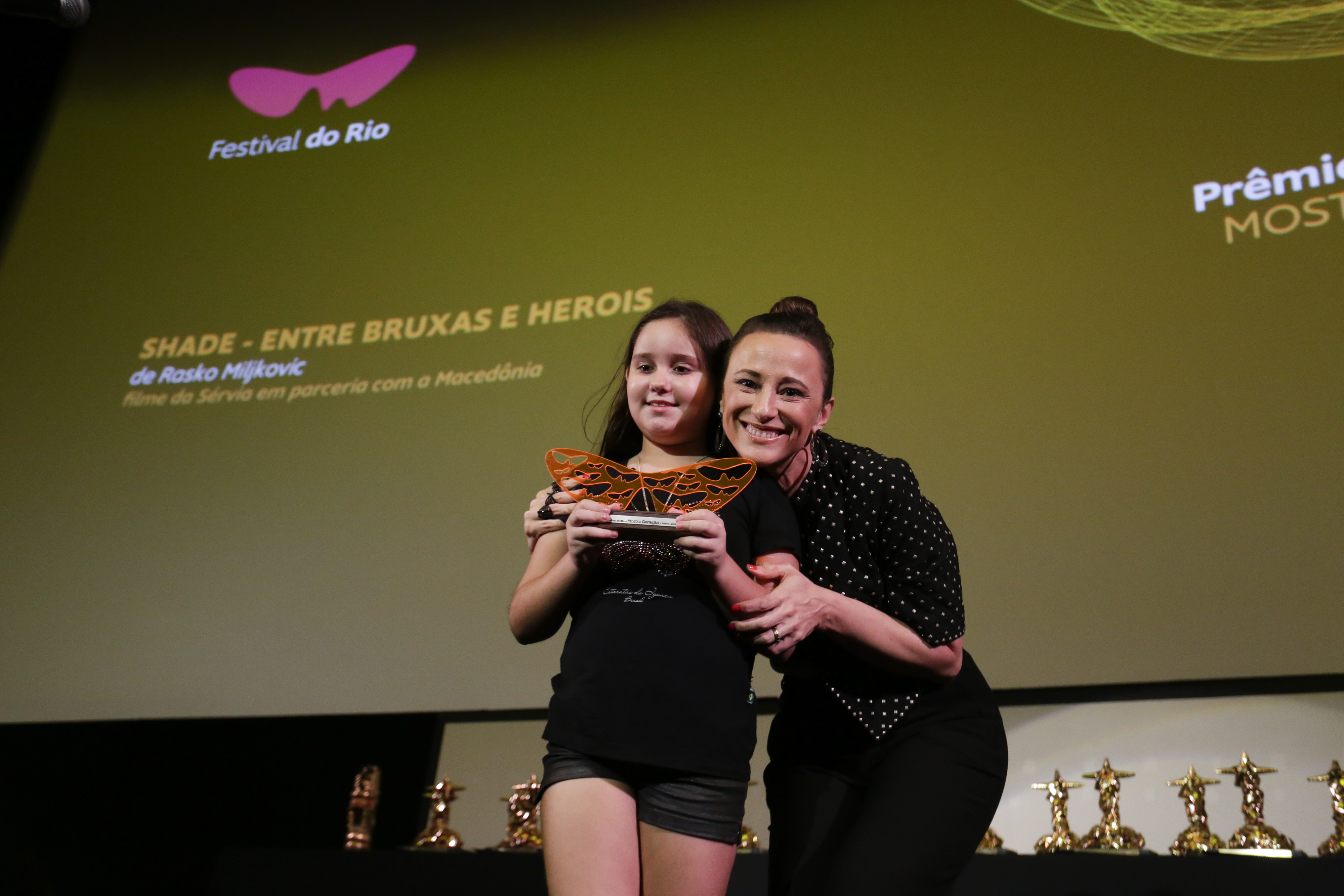