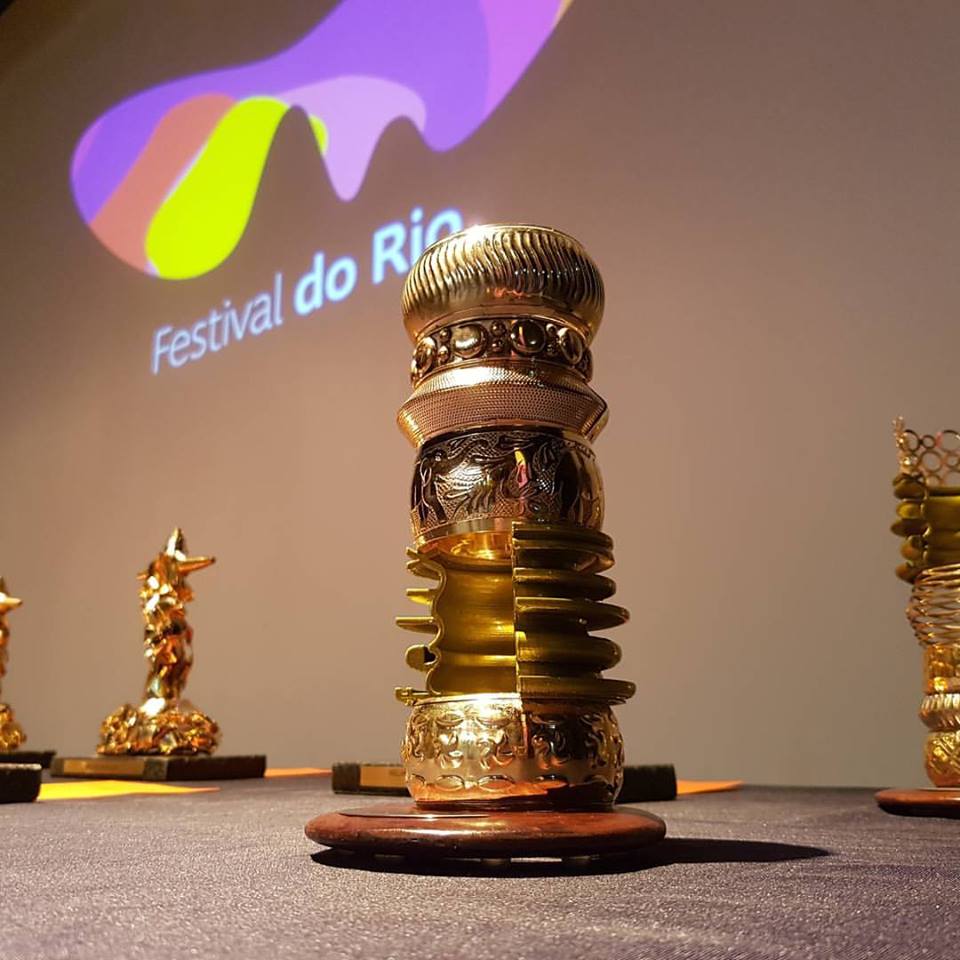 In 2014 the festival introduced the Felix Awards. 39 films were up for consideration in 2018 for the best feature and documentary that deal with LGBTQ themes. The Felix was presented on Sunday, 11 November during the closing night gala ceremony at the Centro Cultural LSR – Odeon NET/CLARO.
The Felix in 2018 were presented to:
Prior to 2014 Festival do Rio gay-themed films had their own festival section, Gay World. Reflecting cultural change, the curators of the section felt the need to integrate the films in this category amongst all the many other sections of the festival, finishing with the traditional Gay Section and creating instead the Felix Award.
The president of the first Felix Jury was Wieland Speck, director of the Panorama Section of Berlin Festival and co-creator of Berlin’s Teddy Award.
The Felix award was taken from the Latin word ‘felix’, a synonym for ‘fortunate’, ‘joyful’, ‘satisfied’ and ‘happy’.
Films up for consideration for a Felix in 2018 included:

The Felix jury for 2018 comprised:

Documentary filmmaker and executive director of the Inffinito Group, Adriana is responsible for the realisation and curation of 81 editions of the Inffinito Festival Circuit, that is made up of Brazilian film festivals in 10 cities around the world: Miami, New York, London, Barcelona, Madrid, Rome, Buenos Aires, Vancouver, Montevideo and Canudos. She has directed, scripted and produced various projects in the audiovisual sector.

Claudia is an assistant professor at UERJ. She holds a master's degree in visual arts and is a PhD student in UERJ's arts course. She was curator at MAC de Niterói (2006 to 2008) and director of the Escola de Artes Visuais do Parque Lage (2008 to 2014). She has been the director of the Paço Imperial (Imperial Palace) since 2014.

Felipe was born in Rio de Janeiro in 1982. His first feature, “Fala Comigo” (Speak With Me), won the Redentor awards for best film and best actress at Festival do Rio in 2016. It was screened in 2017 at BAFICI and the Havana Film Festival. His first short, “Tá” screened at the Berlin Film Festival and won the Teddy Award for Best Short in 2008. As a screenwriter Felipe has more than eight features to his credit.

Vicente is a photographer and curator. Since 1990, he has reflected in his work the historical tradition of the codes of cinematographic language, creating a stylistic visual lexicon as in the series Noite americana and O cinematógrafo. In 2007 he won the APCA for best photography exhibition with moiré.galáctica.bestiário, at the Pinacoteca do Estado in São Paulo. The same year it was exhibited at the Maison Européenne de la Photographie in Paris,