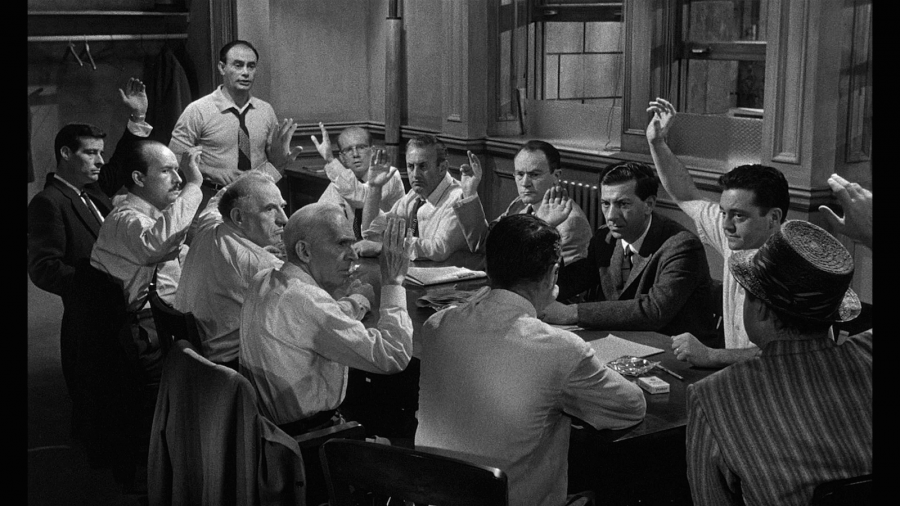 No “twelve angry men” on the juries of Festival do Rio 2018, but a selection of cinephiles from both sides of the camera who were extremely well qualified to make the call as to whom went the spoils – and the Redentors and Felix.

So let us introduce you to the juries who decided who got what when the prizes were given out at the end of Festival do Rio on 11 November 2018.

Hebe has worked for over 20 years as a film programmer and festival consultant, working from the US to China. She is a senior film programmer at the international film festivals of Seattle and Palms Springs; is the artistic director of the Cine Latino Minneapolis St. Paul; and is a senior curator at the Cartagena International Film Festival. She has worked for the Sundance and Los Angeles Film Festival and was the director and producer of the Guadalajara Film Festival in Los Angeles.

Director, screenwriter, producer and author, known for addressing themes linked to the lives of black Brazilians in Brazilian society. His work includes the book and film “A negação do Brasil” (Denying Brazil), winner of the It’s All True - Tudo Verda de festival in 2001, the fictional feature “As filhas do vento” (2005), winner of the Tiradentes Festival and eight Kikitos at the Gramado Festival, and the documentaries “Cinderelas, lobos e um príncipe encantado” (2009), and “Raça” (2013).

A key player in Israeli and international television, Gal-Raday is currently the Chief Content Officer of Yes DBS Satellite Services, Israel's number one TV provider. He has worked in different high-profile positions in film and TV, both in Germany and in Israel. His film credits as a producer and screenwriter include a number of internationally acclaimed film and TV titles including "Son of Saul," that won the Oscar for Best Foreign Language Film in 2016.

Thomas created and runs Shellac, a French company that has become a major producer of directorial debuts and auteur and art film. The company's work, in particular the development of new talent, was rewarded with the Caméra d'Or at the Cannes Film Festival in 2017 for Leonor Serraille’s “Montparnasse Bienvenue”. Shellac has been present at festivals such as Cannes, Locarno, Toronto and Berlin. Today, it operates with production, distribution VOD, and international sales.

Lúcia is one of the most honoured Brazilian filmmakers of recent times. After working as a journalist for some of Brazil’s most important newspapers and television companies, she began to stand out with her independent film work in the late 1980s. Her films have won numerous awards, including at Festival do Rio where she has twice won the best director prize. Her work has been screened at major international festivals such as Berlin, Toronto, Sundance, and Moscow, among others.

Tatiana was part of the selection committee of Festival do Rio for nine years. She has organised independent festivals and retrospectives, such as the complete works of Yazujiro Ozu. Tatiana was an international advisor to SEC-RJ from 2009 to 2012. She created the Bubbles Project, which produces films such as “Aspirantes” by Ives Rosenfeld, “Pendular” by Julia Murat, “Benzinho” by Gustavo Pizzi, and “Família submersa” by Maria Alché.

Alexandre da Silva Santana is an actor from Rio. He was a member of the theatre group Nós do Morro for over 15 years. He has worked in more than 40 films, including features and shorts, as well as 15 novelas, and several TV series and shows. He has won nine prizes from the likes of Festival do Rio and the Academia Brasileira de Cinema.

João is Doctor of Film Studies from New York University, and has a postdoctoral degree from the Department of Film and Television Studies, at the University of Warwick. He is Professor of the Department of Cinema and Video and coordinator of the Graduate Program in Cinema and Audiovisual at UFF. Critic, essayist and member of several editorial boards, he is the author of numerous texts, reviews, essays, chapters and books that have been published in Brazil and abroad.

Documentary filmmaker and executive director of the Inffinito Group, Adriana is responsible for the realisation and curation of 81 editions of the Inffinito Festival Circuit, that is made up of Brazilian film festivals in 10 cities around the world: Miami, New York, London, Barcelona, Madrid, Rome, Buenos Aires, Vancouver, Montevideo and Canudos. She has directed, scripted and produced various projects in the audiovisual sector.

Claudia is an assistant professor at UERJ. She holds a master's degree in visual arts and is a PhD student in UERJ's arts course. She was curator at MAC de Niterói (2006 to 2008) and director of the Escola de Artes Visuais do Parque Lage (2008 to 2014). She has been the director of the Paço Imperial (Imperial Palace) since 2014.

Felipe was born in Rio de Janeiro in 1982. His first feature, “Fala Comigo” (Speak With Me), won the Redentor awards for best film and best actress at Festival do Rio in 2016. It was screened in 2017 at BAFICI and the Havana Film Festival. His first short, “Tá” screened at the Berlin Film Festival and won the Teddy Award for Best Short in 2008. As a screenwriter Felipe has more than eight features to his credit.

Vicente is a photographer and curator. Since 1990, he has reflected in his work the historical tradition of the codes of cinematographic language, creating a stylistic visual lexicon as in the series Noite americana and O cinematógrafo. In 2007 he won the APCA for best photography exhibition with moiré.galáctica.bestiário, at the Pinacoteca do Estado in São Paulo. The same year it was exhibited at the Maison Européenne de la Photographie in Paris.

Journalist, professor and researcher. Marcus has PhD in Education from PUC-Rio and teaches on the FAETEC-RJ network and at Escola Superior de Propaganda e Marketing (ESPM-Rio). He is the teacher-training manager at the Associação de Comunicação Educativa Roquette Pinto -ACERP/TV school.

Marcia is the founding partner and executive director of Cinema Nosso. Director of the CineMundo Festival and Rio Indie Games. Consultant in Creative Economy at Sebrae / RJ. Graduated in Cinema and Television from FGV, and Social Work from UERJ.

Actor, producer and cultural manager. Ciros has acted and produced plays, films and television. He trained at the Théâtre du Soleil, the Royal Shakespeare Company, the Madrid Film and Television School, and the Broadway Dance Center in New York. He was Director for the Promotion of Culture for the State of Bahia. 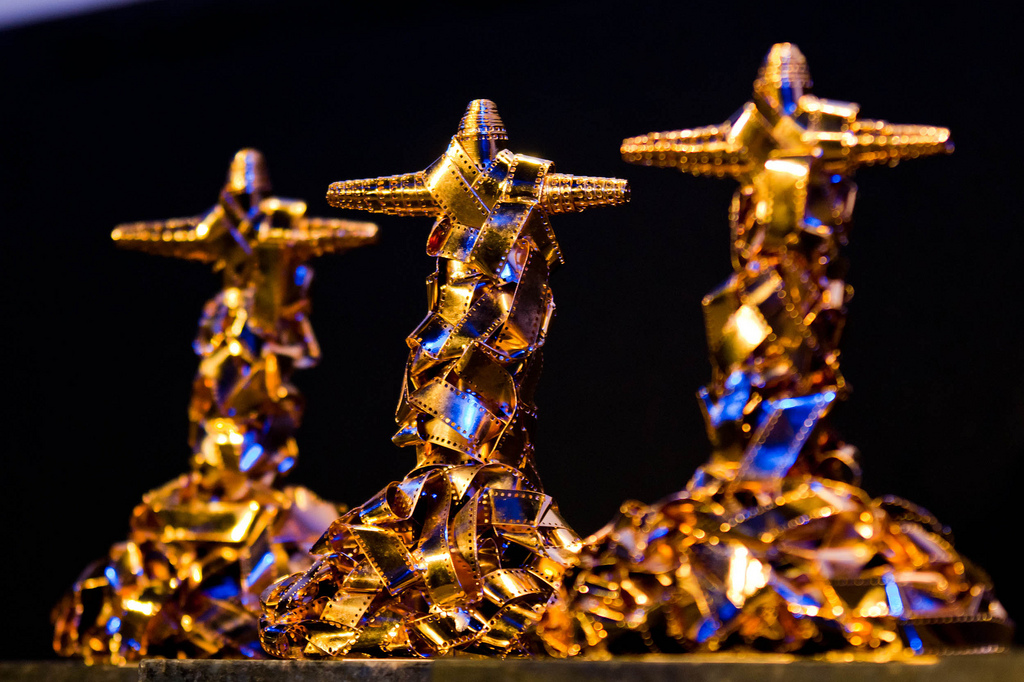 On the last day of Festival do Rio, Sunday, 11 November, the official juries along with the popular vote awarded prizes to the films screening in the main competitive section of Première Brasil and New Trends. This included the presentation of the festival’s iconic Redentor trophy that is based around the image of Christ the Redentor that sits on top of the city’s Corcovado Mountain.

As well as the best films winning the Redentor trophy, Festival do Rio also presented the Prêmio Petrobras de Cinema, a financial prize offered by Brazil’s main oil company for the commercial distribution of the best feature film in Première Brasil (R$200,000) and the best film in New Trends (R$100,000), as chosen by the official juries.

Prizes presented on the closing night to films in Première Brasil were: