A Maldita A Maldita

​On March 1, 1982, the city of Niterói went down in history by hosting one of the most important cultural movements of Brazil: the so-called 80's Rock Generation. On that date, Rádio Fluminense FM, known as “A Maldita” (“The Damned”), hit the air waves with a programming mixing irreverence, audacity and creativity, focusing — and believing — on new music that lacked proper comercial channels. “A Maldita” became one of the main alternative outlets, putting out new Brazilian rock and independent music bands and creating a legion of fans.​ 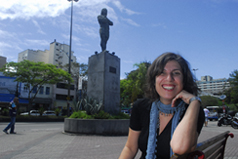 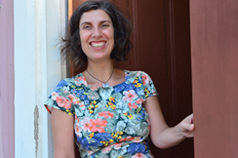 ​Born in Niteroi, she has a PhD in Communication from UERJ (2018) and a Master's degree in Art Science from the Fluminense Federal University (2000). Since 1997 she is a professor at the UFF Art Department. She directed the award-winning short documentaries Era Araribóia um Astronauta? (1998), A Maldita (2007) and Fantasias de Papel (2015). She publishes articles in magazines and books specializing in cinema.​