Before Time Forget Me Antes que o tempo me esqueça

​A young indigenous woman faces the challenges of a big city. The nostalgia for the time spent in the village makes her life unbearable.​ 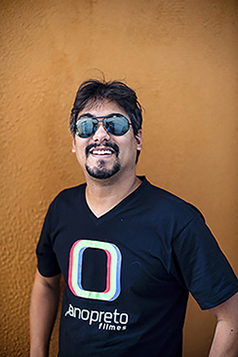 Leo Goodgod is an independent filmmaker, with a major in editorial production. He works as a screenwriter, scene director and cinematographer.Paulo Rodrigues, an indigenous man, lives in São Gabriel da Cachoeira, Amazonas state. He is a film director and producer. He works on indigenous audiovisual projects.