Canada, summer of 1898. During one of the many gold rushes, impetuous Emily Meyer joins six German immigrants who, bent on succeeding in the New World, must face a long and difficult journey to Dawson City, the group’s final destination. Full of confidence, the seven adventurers start their journey through cold, unfriendly, relatively uncharted territory. However, maps prove unreliable, their provisions become a burden and the horses can no longer handle the trail. Exhaustion and uncertainty soon give rise to conflicts among the group. Berlin Film Festival 2013. This film is also part of the Berlin School section. 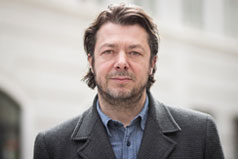 Born in Braunschweig, Germany, in 1962. He studied German, literature and history in Munich, and filmmaking in Berlin. His first feature was Geschwister – Kardesler (1997). His following film, Dealer (1999), was shown at Berlin, where it won the critic’s prize and the ecumenical jury’s prize on the Forum Section. With Gold (2013), he took part in that festival’s official competition. Since 2007, he teaches storytelling at the University of Arts in Berlin. 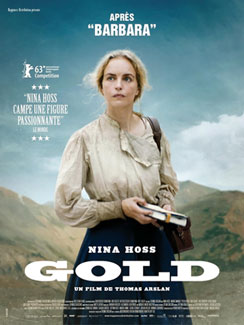