What if the Google Books Project is something much larger than a mere attempt to digitalize every book in the world and make available all of the planet’s knowledge in one single digital library? What if this is an attempt to use such knowledge in furthering artificial intelligence in favor of only one company with global-scale ambitions? Ben Lewis’ documentary shows us how this attempt to create a digital Library of Alexandria can strengthen Google’s imminent hold on our lives in surprising ways. Sundance Film Festival 2013. 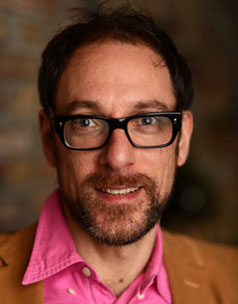 He studied art history at Cambridge and in Berlin. He has worked for television channels such as MTV, BBC and Channel 4. He is director of films such as The Great Contemporary Art Bubble (2009), Blowing Up Paradise (2004) and Hammer and Tickle: the Communist Joke Book (2006), shown at the Tribeca Film Festival, which originated an eponymous book.