The very mention of these family names evokes terror: Himmler, Franl, Goering, Hoess. The film presents descendants of the most powerful figures of the Nazi regime: men and women who must carry on a legacy that permanently links them to one of History’s greatest crimes. For over 60 years they have lived in the shadows, trying to rebuild their lives outside the memory of what their forbears have done. Now they reveal how they were able to balance their initial admiration for their father figures with the revolt in the face of their acts, and how they deal with being Hitler’s children. 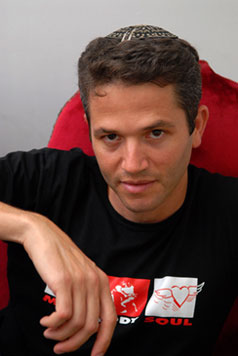 He directs and produces documentaries for Israeli cinema and television. He founded Maya Films Production Company in order to deal with themes of conflict, appeasement and identity. He has made, among other, The Disappearance of Martin Bormann (1998), Holocaust: The Next Generation (2003) and Nadia’s Friends (2006).