​Stéphane has recently joined the Anti-Crime Squad in Montfermeil, in the suburbs of Paris where Victor Hugo set his famed novel Les Misérables. Alongside his new colleagues Chris and Gwada - both experienced members of the team - he quickly discovers tensions running high between local gangs. When the trio finds themselves overrun during the course of an arrest, a drone captures the encounter, threatening to expose the reality of everyday life. Inspired by the 2005 Paris riots, this is a provocative insight into the tensions between neighborhood residents and police. Jury Prize, Cannes 2019.​ 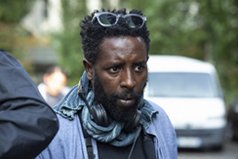 ​A native of Montfermeil, he began his career as an actor and member of collective Kourtrajmé. In 2004, he co-wrote the documentary 28 Millimeters with photographer JR. After the 2005 Paris riots, he decided to film his neighborhood for a year to make the documentary 365 Days in Clichy-Montfermeil (2007). He continued his work on documentaries and in 2017 he directed his first short fiction, Les Misérables. This is his first feature, inspired by the short.​ 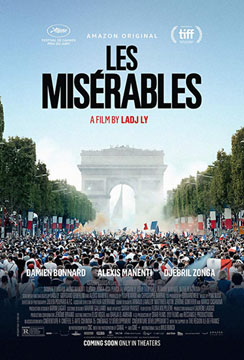