​In an invisible territory, on the margins of society, and on the border between illegality and anarchy, lies a melancholy community in danger of being forgotten. Disarmed war veterans, shady adolescents, drug addicts who seek in love a way out of addiction, ex-special forces agents always at war with the world, pregnant women adrift, old people who haven’t lost the will to live. In this hidden humanity one finds the chasms in today’s America. By the director of Stop the Pounding Heart. Un Certain Regard, Cannes Film Festival 2015.​ 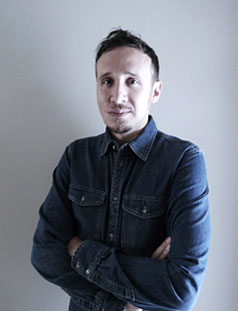 ​Born in Italy in 1981, he graduated from the New School University in New York. His directing debut came in 2005 with the short films Notes and Come to Daddy. The following year, he made The Fireflies (2006). His full length feature debut was The Passage (2011), the first part of a trilogy that also included Low Tide (Special Prize in Venice 2012) and Stop the Pounding Heart, shown at festivals such as Cannes and Rio.​